BiSS With Prospects: Why the BiSS interface is setting new standards in drive technology 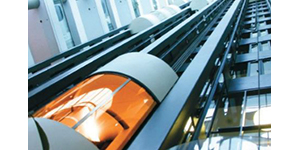 Twelve years ago, the BiSS protocol was presented as an open-source interface in the automation technology. The goal was to achieve a fast bidirectional sensor-actuator communication. Only now BiSS managed to impose itself on the market, becoming the real-time standard of this sector. Why?

According to the current status, 312 important drive technology components manufacturers are using today the IPs, the service and the practical tools of the opensource interface BiSS. All extras are freely accessible and can be downloaded at any time from the Internet pages. This open protocol demonstrates its advantages as soon as high transmission speeds and flexibility are required.

The acronym BiSS stands for Bidirectional-Serial-Synchronous; it allows the communication between controllers, sensors and actuators with really a minimum of implementation work. The open interface is compatible with existing standard control hardware; the BiSS master can be implemented quickly and easily, and, above all, without license costs. "BiSS"'s impressive performances and its optimal orientation towards customer and branch applications allow the prediction that in the future this interface not only will remain leader in branches such as the lift technology, but can continue its success story in all areas of absolute motor feedback.

The easy and fast implementation is one of the top priorities of every plant developer - a goal that, thanks to the BiSS standard encoder profile, is easy to achieve," this is the conviction of Arnold Hettich, Product Manager for position and motion sensors at Fritz Kubler GmbH in VillingenSchwenningen.

BiSS offers an alternative for existing, RS422 or RS425-based interfaces. "The advantage here is that you can rely on many years of experience. Thanks to the free availability of all IPs and original source codes, use is possible on the most various platforms. Plant developers can in any case count on harmonious and trouble-free data exchange between field devices of different manufacturers.

At Kubler, we have understood the significance of this interface. Being the pioneer for absolute motor feedback means for us that we can create at an early stage the conditions to make the best possible personal support available for every implementation or in case of acute problems with the interface, quickly and straightforwardly," according to Arnold Hettich. Kubler guarantees the processing of the problem within shortest time.

All of the technical data of the BiSS encoder Sendix 5873 can already be downloaded on line and directly used. A good position to become the interface standard of the future in the drives technology sector and with machine manufacturers.

While, only ten years ago, this branch used generally absolute singleturn encoders based on RS422 or RS885 and incremental sin-cos interface, it changed decisively today. Many variants now rely on a new communication standard: the BiSS protocol as an open source interface.

With its encoder family Sendix Absolute with BiSS interface, the encoder manufacturer Kubler is convinced to offer the right products portfolio for this new branch standard. The BiSS encoder family Sendix includes the series F36, 58xx, F57 and Sendix ATEX; with diameters from 36 mm up to 70 mm, it covers all sizes. It encompasses optical gear technologies as well as gearless encoders.

Certified for Functional Safety or equipped with the Intelligent-Scan technology, the whole family has the ability to communicate bidirectionally between the sensor and the actuator. And it remains fully SSI compatible. "Existing standard control hardware therefore is and remains totally usable for the users of the Sendix BiSS encoders. Their digital standard also ensures communicative clarity and simplicity, as well as the largest compatibility possible," explains Arnold Hettich.

The recipe for success

The BiSS open source interface can be limited to a sensor-actuator interface with respect to field buses. When it was launched on the market, BiSS was confronted to various existing bidirectional interfaces among the position and motion sensors.

At this time, communication was predominantly analog, and the sensor manufacturers were following their own approaches. Special solutions were almost the general rule. So the logical response was to use an open source solution to create an interface compatible throughout the branch. And using BiSS-C means using an open variant in the so-called continuous mode that started its triumphal march and is today, exactly 12 years after the launch of BiSS, established and appreciated throughout the industry. The C mode can allow avoiding mode switching. Orders can thus be sent from the master to the slave without interrupting the sensor data flow. No wonder that this protocol can meanwhile be found in many types of drives, controls and counter cards.

But BiSS-C has further advantages: This interface offers high speeds with data rates reaching 10 MHz, inherent safety and thus avoids the disadvantages that can appear in the longer term when using one single provider. And it is not only suitable for the lift sector, but for all dynamic axes with high accelerations.

Future will therefore lead BiSS-C also to other applications in the drive technology. Arguments for this are a smooth speed control, a very good - bidirectional - repeatability and great position stability. With BiSS, data transmission is digital through a standard twowire cable, the particular speed resulting directly from the transmission rates of the drive electronics. These show cycle times of a few milliseconds for 32 bits.

"At Kubler, we use this open interface since its launch intensively and with great success, and we therefore belong to the pacemakers on the way to the industrial standard" says Arnold Hettich. This interface meets all performance requirements of the lift sector. So, the encoder Sendix 5873 BiSS can easily be mounted on direct drives. Its conical shaft ensures highly accurate and direct coupling, a reset button makes commissioning easier.

The incremental sin-cos path provides up to 2048 pulses per revolution. Always equipped with BiSS-C, Kubler also offers special encoders for Functional Safety, which is a decisive criterion for universal usability in lifts. Today, drive technology without integrated safety functions, the so-called "drive-based safety," is almost impossible to sell. In order to achieve safe incremental information with a Sendix SIL encoder, the control monitors the validity of the analog sine-cosine signals offset by 90° from each other using the function sin2 + cos2 = 1.

The control achieves safe information about the absolute position by counting the incremental pulses and comparing the result with the absolute position also provided by the encoder. "This interface quickly established itself firmly in the lift business. And, whatever the content one may give to the worldwide famous formula of industry 4.0, one thing is certain: the communication platform will gain increasingly importance in the future," this is Arnold Hettich's conviction.