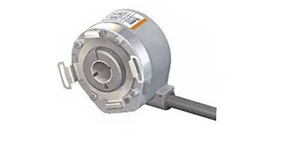 The communication between the encoder and the processing unit is a decisive factor for the interference-free and reliable control of machines and plants. This leads repeatedly to the question of the suitable interface for every application. With its absolute encoders for the drives technology, Kubler belongs to the pioneers among the users of the open source interface BiSS, which has been launched already some time ago. The safety expansion meets the requirements of standard DIN EN 61784-3:2010-02 and of SIL3 according to IEC 61508.

Safety-oriented interfaces are currently one of the main innovations in electrical drive technology. Kubler follows this trend with new encoder solutions. This sensors manufacturer early relied for its target branches Drive and Elevator Technology on the special digital interface BiSS, predestined by its features for use as a bidirectional motor feedback system for linear and rotary axes. Today, this open source protocol has become integral part of these branches. The BiSS-Safety protocol expansion allows realizing automation systems that meet all requirements in terms of Functional Safety and in the same time offer hitherto unknown flexibility and cost-efficiency.

From the Pioneer to the established interface

With its absolute encoders for the drives technology, Kubler belongs to the pioneers among the users of the open source interface BiSS. This protocol transmits position and status data in real time and therefore faster than field bus or Ethernet systems. In the drives and elevator technology, BiSS provides the encoders with the determining features required by these branches.

BiSS Safety, the latest development of this interface, impressively demonstrates this. Kubler's Safety encoders offer significant added value in view of the strict safety requirements, especially with the new BiSS Safety interface, which is certified up to SIL3 and can be implemented without changes in the system architecture. In this innovative environment, BiSS has made a name for itself among the many solutions and systems, not least because of its adaptability.

Having been developed in a farsighted perspective, the BiSS interface always reacts flexibly to new challenges. This also applies to the further innovative step of this protocol, BiSS Safety. BiSS Safety is 100 percent based on BiSS-C. The external structure remains a point-to-point connection as for BiSS-C. But inside the device, two independent sensors are used for generating the position data and securing the transmission. BiSS Safety uses the 'Black Channel' approach for safe transmission. To that purpose, two independent position words are transmitted together in a cycle: the position data for the control (Control Position Word) and the position data for safety monitoring (Safety Position Word).

In the device, both sensors use the BiSS bus structure and measure simultaneously the position. The sensors can use a common code disk to perform redundant or diversified position measurement, for example a combination of optical and magnetic technologies. The Control Position Word (CPW) offers high resolution for accurate control applications and, including status information and CRC polynomial, it is identical with the position word of a standard BiSS encoder.

The Safety Position Word (SPW) provides the position for comparison with the CPW and includes, in addition to the standard status information, a Sign-Of-Life counter. This counter differentiates one single start status 0 and continuously counted cycles 1 to 63. With typical cycle times, the standardized length of 6 bits covers unequivocally time periods in the millisecond range. The 16-bit CRC polynomial in the SPW moreover allows for a high failure detection rate and Hamming distance.

From the safety point of view, communication must be implemented and monitored in the drive controller. The already existing hardware can be used for this purpose for BiSS Safety. The Safety Communication Layer of BiSS Safety has been checked in 2015 by TÜV Rheinland and its suitability for safetyrelevant communication up to SIL3 included according to IEC 61508:2010 confirmed in compliance with DIN EN 61784-3:2010-02.