Principle of Operation
TURCK’s new Q-track linear position sensor operation is based on the RLC (Resistance Inductive Capacitance) principle and incorporates an advanced microprocessor and precisely positioned emitter and receiver coils on a printed circuit board.
The emitter coils are excited with a high frequency AC field.  The interaction between the moving position element and the receiver coils creates different voltages that are induced into the receiver coils, which determines the position of the target. 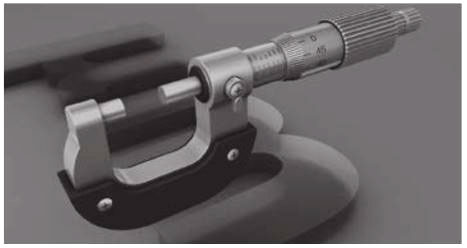 Speed and Accuracy
To increase speed and accuracy, TURCK designed the linear position sensor with two different coil systems.  The first coil system is for coarse measurements, while the second coil system is used to determine the fine position.  An advanced microprocessor circuit analyzes the resulting signals producing ameasuring system with very high linearity and repeatability.
The Q-track linear position sensor is available in 100 mm increments from 100 mm to 1,000 mm in length.  Depending upon the series selected, the sensor is available with 12, 16 or 20 bit accuracy. 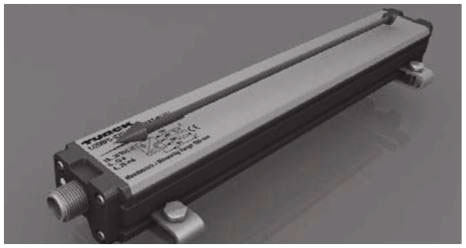 Short Blind Zones
TURCK designed the microprocessor board and coil system to be compact.  The sensor length is only 58 mm longer than the measuring span.  The blind zones measure a mere 29 mm on each end of the sensor.
The layout of the coils is designed in such a way to minimize the effect of vertical (up to 4 mm) or lateral misalignment. 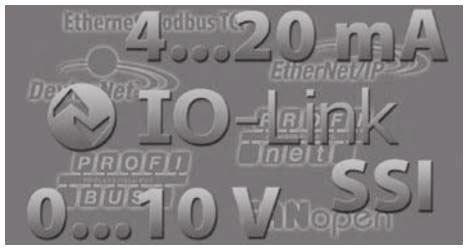 Analog or Digital Outputs
The standard resolution versions feature 0-10 V and 4-20 mA analog signals with 12 bit resolution, plus the flexibility of scaling or reversing the direction of operation. The enhanced resolution versions are available in either 20 bit SSI (Synchronous Serial Interface), 16 bit IO-Link, or with configurable switching points. A dual multifunctional Green/Yellow LED facilitates simple set up and diagnostics. 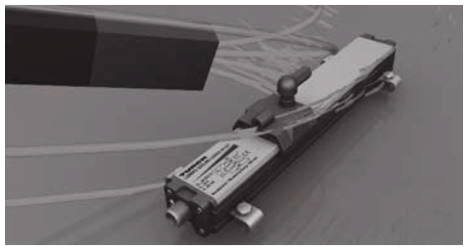 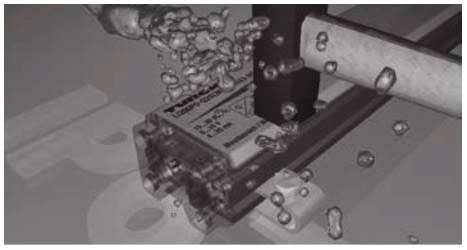 Robust Housing
The Q-track linear position sensor provides many advantages over existing linear measurement technologies, such as potentiometer and magnetostrictive devices.  Potentiometer devices are larger in size relative to the measuring span and are subject to wear and contamination. Magnetostrictive transducers are also longer in length relative to the measuring span and require external magnets that are subject to environmental degradation. M12 eurofast connectors provide an industry standard connection to the linear position sensor.
Q-track Linear Position Sensors – Precise, Versatile and Rugged
TURCK’s Q-track linear position sensors do not use magnets. Instead, it uses a tuned coil positioning element.  The Q-track RLC technology provides absolute position feedback and is noise immune. As a result, the linear position sensor may be used in a wide variety of industries and applications that require linear feedback.
• Cylinder position
• Stamping
• Pinch roll height
• Ride control
• Level control
• Flight simulators
• Pitch control
• Casting machines
• Weld nut height
• Metal cutting machinery
• Wood cutting machinery
• Plastic molding machines
---------------------------------------------------------------
Glossary of Terms:  Linear Position Sensors
---------------------------------------------------------------
Absolute Sensing:  Position is accurately known at power ON without the need for a reference or home position.
Magnetostrictive Technology:  A linear sensor technology based on a magnetic principal of operation used in all EZ-track LDTs.
Repeatability:  The difference in the indicated position of a single point when that point is repeatedly approached from the same direction under the same ambient conditions.
Accuracy:  The difference between the target point and the point actually indicated by the sensor with relation to a fixed reference.
Non-Linearity:  The distance the indicated position of the positioning element along the span varies from the actual physical position.
Resolution:  The smallest incremental change in position that can be detected and indicated as an output.
Blind Zone:  Term used to describe the areas of the Q-track sensors where it no longer picks up the positioning element.
Non-Volatile:  Position is held in memory and will not be lost on power down.
Span:  The area of a linear sensor that reacts to the positioning element as it moves over it, producing an output signal.
Dead Zone:  An area at the end of the EZ-track sensor that is opposite the connector where the magnet cannot be accurately sensed.
Null Zone:  An area at the connector end of the sensor where the magnet cannot be accurately sensed.
Span Point:  The end point of the analog measuring distance at which the output signal equals the greatest value of the analog scale.
Hysteresis:  The difference of the measured value when approaching a defined point from opposite directions.
Quadrature Cycle Output Frequency:  The fixed frequency at which the pulse rate is transmitted out of the probe.
SSI:  Synchronous Serial Interface is a standard protocol for serial interface between sensors and controllers.
Incremental Sensing:  A relative position feedback device whose signal is always referenced to the zero position. The sensor produces a digital square wave pulse train that is fed into an up/down counter chip or clock to derive position.
RLC:  Stands for Resistance, Inductance and Capacitance.  It is the principal of operation for all TURCK Q-track sensors. The positioning element is a passive coil circuit that is excited by an emitter coil and the resulting inducted voltage is picked up by receiver coils.
Volatile:  Position held in memory that is lost on power down.
Zero Point:  The beginning point of the analog measuring distance at which the output signal equals the lowest value of the analog scale. The Zero Point is also used as the reference position for the incremental scale used in quadrature output probes.