Littelfuse SSAC alternating relays are used in special applications where the optimization of load usage is required by equalizing the run time of multiple loads. Identical loads are used for the same job - a standby unit is available in case the first load fails. However, an idle load might deteriorate due to lack of use and provide no safety margin. Alternating relays prevent this by assuring that multiple loads get equal run time. In addition, there are situations where a need arises to have multiple loads on at the same time for additional capacity if one load cannot keep up with demand. This alternating action is normally initiated by a control switch such as a float switch or pressure switch. Each time the initiating switch is opened, turning off a load, the alternating relay will change state, thus alternating the multiple loads. Typical applications include pumps with float switches as the initiating contact or compressors with pressure switches or thermostats as the initiating contact. 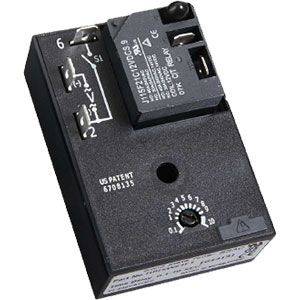