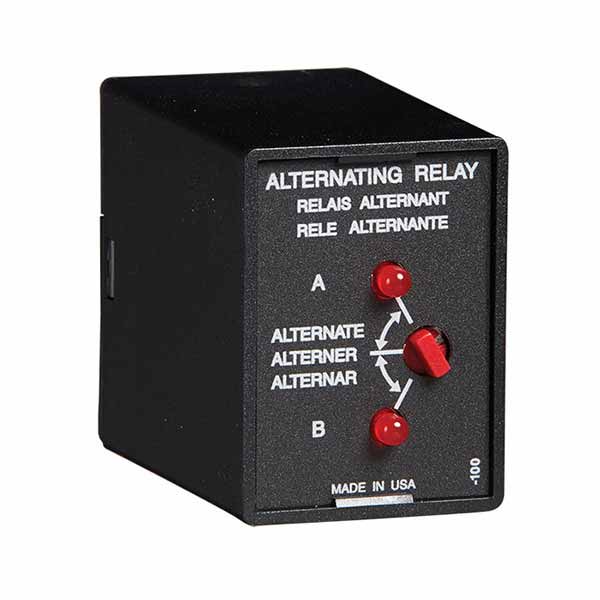 Contact our experts to answer questions or help you with your application needs.

The ARP Series is used in systems where equal run time for two motors is desirable. The selector switch allows selection of alternation of either load for continuous operation. LED’s indicate the status of the output relay. This versatile series may be front panel mounted (BZ1 accessory required) or 35 mm DIN rail mounted with an accessory socket.

Duplexing (cross wired) operation: Duplexing models operate the same as alternating relays and when both the Control (S1) and Lag Load (S2) Switches are closed, Load A and Load B energize simultaneously.